When translating audio decide what tone you want: excited, knowledgeable or efficient, for example. Consider the relationship of the speaker to the audience. Bear in mind regional variations in audience receptivity. What seems lively and engaging to a US audience, for example, might be jarring and off-putting to others. While a sober, instructional tone will be well received in certain countries, it could bore other audiences.

Choose the gender of the speaker. Bear in mind that some languages have words which a man, or a woman, would not normally say. Choose an age group appropriate to your audience.

Select a speed to contribute to the tone you want, but if you decide the audio translation should be fast, ensure it’s clear enough. Tailor your script to that objective, rather than adjusting the speed to fit in everything you’ve written.

It always helps to be as concise as possible, and not to embellish too much or worry about filling in time. Simpler is usually better. To this end, avoid repetition or other redundancies. Use pronouns rather than repeating a noun or name, for example, and if you’re describing something your audience can see, don’t supply lots of unnecessary adjectives.

The voice-over agency will be expecting to coordinate the audio translation to your visual content, so note down clear points of reference for timings. Allow for the variations in speaking time for different languages, since some translations of your English script may take longer to speak than the original.

Allow for a liberal translation; the voice artist will be able to create a more natural-sounding audio translation if they are able to translate the scene rather than individual words. They may also need to condense your text if it’s too long to read in the target language.

Finally, create a translation guide to accompany your script. This should indicate where words, such as company and proper names or acronyms, should or should not be translated, and will address any ambiguities.

All of these elements will help you create an effective audio translation. We have a large voice talent database with over 2500 voice artists available, all with different strengths and talents to suit all project needs. Included in this is a large selection of voice actors if your script requires acting rather than a natural read.

Get in touch today and select the right voice talent for your project! 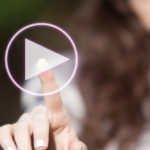