As an established German International voice-over agency, Matinée Multilingual has been providing a professional German Voice-Over Service and German Subtitling Service for over 25 years. We offer a selection of the very best German voice-over talent, at a price you can afford.

Whether for documentary, advertising, eLearning, or IVR, we’ll help you select the best German voice-over talent for the job. We can record wild or sync to picture, and deliver the audio back in the file format of your choice, same day, via FTP. We can also lay-back the audio onto your video, and re-work the captions where necessary. 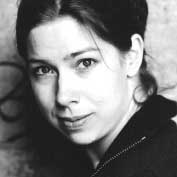 Kaja
Kaja is a bi-lingual female German voice artist and actress.  She has over fifteen years experience as an actress and puppeteer. Read more... 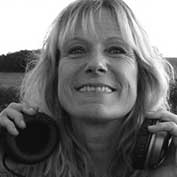 Irla
Irla is a professional German voice artist.  German is her mother-tongue, and she is considered to have a neutral accent and dialect.  Irla has been working as a voice-over artist for more than 17 years. Read more... 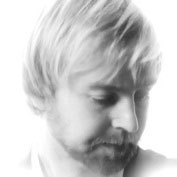 Michael
Michael is a professional Native German Voice Actor, Audio-Engineer and Sound designer. His voice has been featured in trailers, E-learning, explainer videos and audio-books for more than 15 years now. Read more... 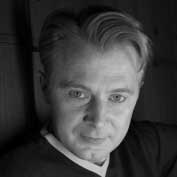 Erich
Erich is a native German voice artist with a German-Russian background and a lot of experience working in international feature films and voice-over.  He is versatile and keen to stretch himself. Read more...

Therakos contacted Matinée for help with translating their CELLEX System demonstration video from English to German.  We were selected because we could offer the complete service including: creating the time-coded voice-over script, translating the script for voice-over use, recording the German voice-over, and video editing services to translate all the captions.

Given the medical context of the demonstration, our German linguistic director reviewed the performance to ensure the German voice artist used the correct articulation and enunciation throughout. Once the recording was completed, we mixed the German voice over with music and integrated into the After Effects project. Then we translated the on-screen text and encoded the final video. We translated the video into 5 languages in including: Japanese, German, French, Italian and Spanish.

A short history of the German language German, one of the oldest languages in Europe, belongs to the West Germanic branch of the Indo-European language family, along with English and Dutch.

The history of the language begins somewhere between the 3rd and 5th centuries, when there was a consonant shift which separated Old High German (the root of the language today) from the Old Saxon spoken by Germanic tribes.

Today there are still many German dialects, mostly belonging to the High German and Low German groups (which differ mainly in the sound of consonants). High German, spoken throughout the central and southern highlands of Germany, Austria and Switzerland, is the official written language. Low German is spoken in the lowlands of north Germany – there is no written standard of the language. Read more

Which countries have German as a national language?

How many people speak German as their first language?

It is estimated that around 180 million people speak German – over 100 million of those as a first language. German is the most widely spoken first language in the European Union.

The German economy is the largest in Europe, and the fourth largest in the world based on nominal GDP.

Germany is the third largest exporting country in the world, with exports – including include machinery, vehicles and chemicals – accounting for more than a third of national output.

Around 70% of the country’s GDP comes from the service sector. Germany does not have many natural resources, but is the world’s leading producer of wind turbines and solar power technology.

Germany is a member of the World Trade Organisation and the Organisation for Economic Cooperation and Development. It is one of the founding members of the European Union.